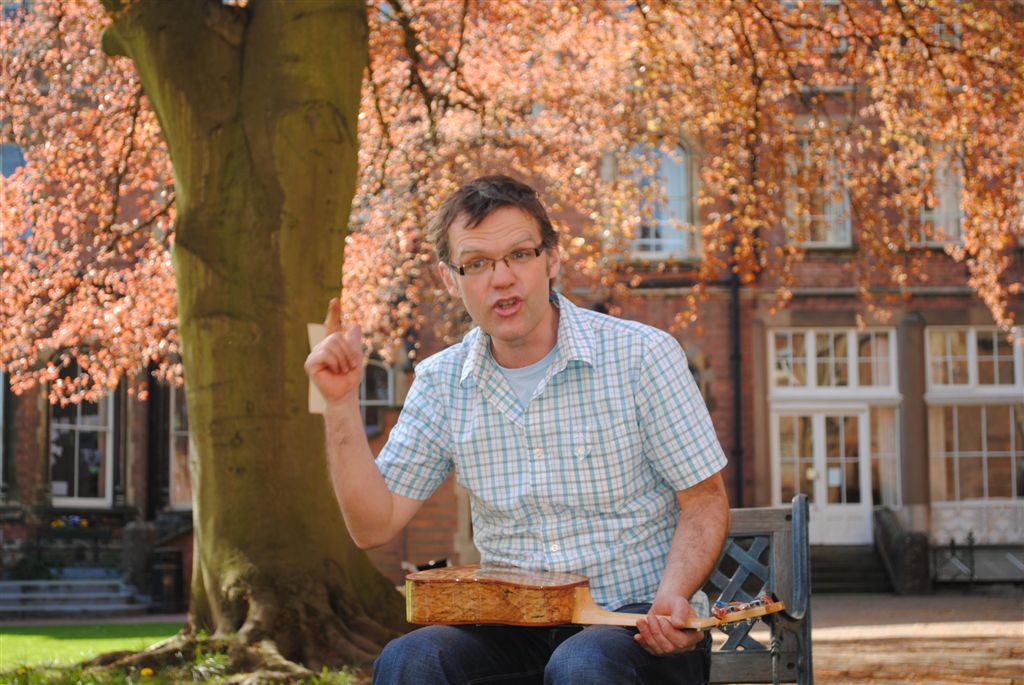 Martin Maudsley is a professional storyteller based in Bridport and working across the UK in schools, theatres, festivals and for a range of national for organisations. His wide-ranging repertoire of stories consists of fresh re-tellings of traditional tales from local legends to magical myths, often combining music and audience interaction to bring the stories to life.

Martin has a particular passion for ‘wild stories’ – stories that connect and engage with the natural world – and often tells stories outdoors in woodlands, farmland and riverside settings. He has worked extensively with Dorset AONB, the National Trust and Dorset Wildlife Trust in gathering, creating and telling stories about the rich tapestry of local landscapes in Dorset. In 2018 he produced a schools pack called Myths and Legends of the South Dorset Ridgeway.

Inspired by the The Lost Words, and by the wealth of British folklore, Martin is currently researching and rewriting a collection of traditional tales featuring some of the same plants and animals as in the book. He will be performing The Lost Stories as site-specific storytelling at a range of events across Dorset during spring and summer of 2019. Discover how wren became King of the Birds and why bramble tries to snag passing travellers...

The Heron, the Weasel and the Bramble