About The Lost Words in Dorset

Background to the Dorset campaign 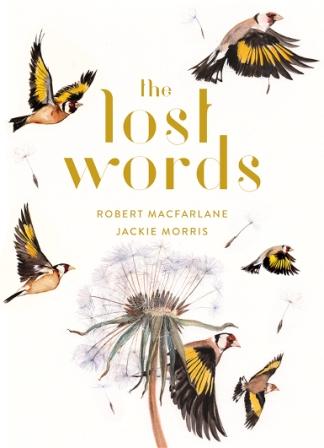 Emma Fernandez, Paul Angel and Richard Bradford were so inspired by Jane Beaton's wonderful campaign in January 2018 - to get a copy of The Lost Words into every primary school in Scotland – that they decided to do something similar so that every state school in Dorset could be given a copy of this beautiful book.

In April and May 2018, we ran an online campaign using Twitter and Crowdfunder, inviting people to pledge money to help us buy enough books for the state schools in Dorset. In just five weeks, over 100 supporters pledged £4000, enough money to buy a copy of The Lost Words for each of the 170+ state schools in the county.  For further details of the Crowdfunder campaign, please see: https://www.crowdfunder.co.uk/the-lost-words-for-dorsets-schools

Similar schemes are now running in Gloucestershire, Somerset, Lincolnshire, Cornwall, Sheffield, Oxfordshire and many other parts of the UK.  For a list of such schemes, please see our page listing the UK campaigns we know.

Each school receives a copy of The Lost Words, a copy of the Explorers' Guide, a covering letter setting out the background to the Dorset campaign, and a second letter passing on some of the comments we received from those who pledged money to support the scheme.

You can learn more about the words which were taken out of the Oxford Junior Dictionary in 2007 here.

We have purchased over 260 books to date and, starting in the summer term, have presented copies to about 130 of the 174 schools to date. In some cases, schools collected their books from the six independent bookshops in the county, some were presented to schools by our supporters, some by volunteers at Dorset Reading Partners and at Artsreach, some by local libraries and some by ourselves.

Using The Lost Words in schools 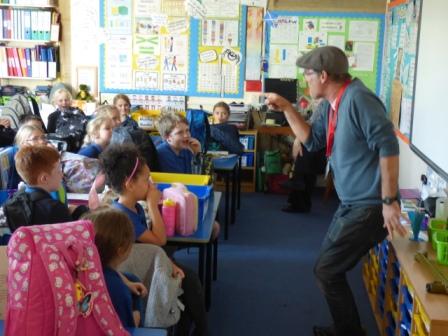 As well giving a copy of The Lost Words to the schools (two copies to Middle and Secondary schools), we give them a hard copy of “An Explorer’s Guide to The Lost Words”, a fantastic accompanying resource written by Eva John and published by the John Muir Trust which will help teachers get the most out of the book.  Further copies of the Guide can be downloaded for free from the John Muir Trust at www.johnmuirtrust.org/thelostwords.

The same website also has some free posters (of Dandelion, Otter, Kingfisher, ideal for noticeboards and using in digital form), and some excellent resources about nature and literacy.

We encourage schools to look at a moderated online board showcasing children's work, teaching ideas and resources about The Lost Words (all downloadable) and how it is being used in schools across the UK, see: http://www.padlet.com/LostWordsforSchools/lwfs

We are in touch with the author and the artist and know that they love to see children's work that has been inspired by The Lost Words.  They are both very active on Twitter so please remember to share any images of your classes using the book using #TheLostWords.

School workshops on the theme of The Lost Words 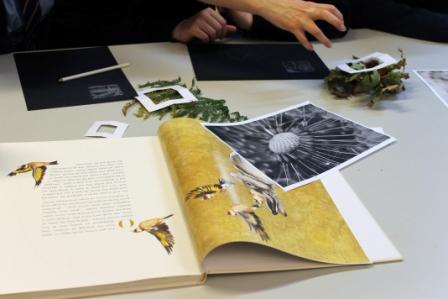 In July 2018, we were lucky enough to secure a grant of £2000 from the Dorset AONB to organize a small number of workshops in schools on the theme of The Lost Words.  The nine workshops were led by artists, poets and story-tellers and took place between September 2018 and January 2019.

The children’s work from these workshops has been used to produce a small touring exhibition that showcase the children’s creativity in art, photography, words and outdoor exploration.  The school workshops led by story teller Martin Maudsley, artist Natalie Guy and photographer Iain Green.