Performances inspired by The Lost Words 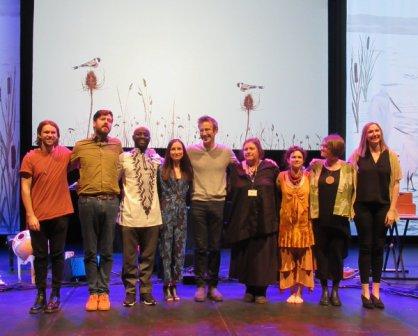 The Lost Words - Spell Songs is a new musical companion piece to The Lost Words book where musicians will indeed be unfolding the “dreams and songs” living within the pages of the book.

Spell Songs brings together eight remarkable musicians, whose music already engages deeply with landscape and nature, to respond to the creatures, art and language of The Lost Words. Spell Songs will allow these acclaimed and diverse musicians to weave together elements of British folk music, Senegalese folk traditions, experimental and classical music, and create an inspiring new body of work.

Folk by the Oak invited the musicians to gather for a residency in the Herefordshire countryside to begin their musical journey with The Lost Words – Spell Songs in January 2019 and the songs went on tour in February 2019. The newly created music was recorded after the residency to produce an album of their new music which will be released in late summer 2019. Spell Songs will play select venues throughout 2019 including Folk by the Oak Festival on Sunday 14th July. 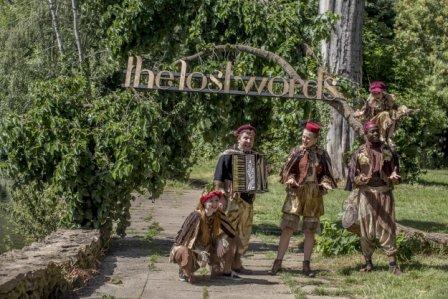 Seek Find Speak is an outdoor theatre companion to The Lost Words and was co-commissioned by Wild Rumpus for TIMBER Festival (with the National Forest) and Just So Festival in 2018. It is an outdoor theatre performance for all ages led by a charm of goldfinches, Seek Find Speak features stunning installations of Jackie Morris’s golden illustrations and Robert Macfarlane's words.

Spells wrapped around trees, words to be discovered in the woodland, and lines of spells perched on branches like starlings.

With sound recordings of the spell poems from some of Britain’s famous voices of all ages and accents, Seek, Find, Speak came alive in the National Forest in 2018 - and hopes to be touring across the country in 2019.